There is no shortage of diet options out there. If there is a food group or a way of eating it, there's a diet to go along with it. A diet, for it to work, needs to be both healthy and a way of life. It needs to be something you can stick to and perform on a daily basis. If you find yourself cheating on the diet, constantly hungry or feeling weak all the time, then it's not the right diet for you. One diet you may have heard of and are considering is a high carb diet.

Now, there are plenty of low-carb diets out there, so a high carb diet takes a different approach. However, this kind of diet is geared towards specific individuals, and you may or may not fall under the category of people who should consider this. A high carb diet has the potential to give you all the energy in the world; yet it has the potential to pack on weight and force you to feel bloated. It depends on what you do while on the diet. Due to wide extremes of the diet, it is critical for you to understand what you're getting into and what kind of potential this diet holds.

Quick Navigation
What Are Carbs?
Complex Carbs
Simple Carbs
What You Need to Know About High Carb Diets
Conclusion

Carbs are broken down into two different categories:  complex carbs and simple carbs. There is a vast difference between the two, and if you're considering a high carb diet, you must know the difference as the diet focuses on one and avoids the other. All carbs are made up of calories. When looking at the forms of calories, your body takes in three different groups:  fat, carbs and protein. Fat has more calories per gram than both carbs and protein.

Now, your body treats calories from fat, carbs and protein differently, so it is important to understand where the three come from and what the body does with these three energy sources. In the case of a high carb diet, you need to know what carbs are and what the difference is between complex carbs and simple carbs.

Complex carbs take your body longer to process. Due to this, you'll burn more calories breaking down the food, and it will give you sustained energy for a longer period of time. Complex carbs come from whole wheats, grains and other mostly unprocessed foods. For example, you'll find complex carbs in 100% whole wheat bread, whole grain pasta, beans and other natural, unprocessed grains.

You likely know simple carbs by a different name:  sugar. Sugar is in fact a carbohydrate, which is why when you look on the nutrition facts label you will see dozens, if not hundreds, of carbs packed in ice cream, cookies or anything else with sugar in it. Simple carbs are broken down in your body faster so you end up eating more to feel full.

Your body also processes the sugar differently as it needs to release certain chemicals into the body when you take in more simple carbs than what it can process. Over time, this can lead to insulin production problems and potentially diabetes. That is why when it comes to a high carb diet it is important that you understand the difference between complex carbs and simple carbs (or good carbs and bad carbs). You can't shoot for 100 carbs a day and then consume it all in sugar form. This isn't healthy and increases your chance of developing diabetes.

Having occasional simple carbs is fine. Diabetes occurs when you continually consume sugar and force the body to overuse its insulin production. Still, it is better for you to focus on the complex carbs.

What You Need to Know About High Carb Diets

Before you start a high carb diet, you need to understand it is specifically designed for endurance athletes who need the extra calories. It isn't a diet designed to give you an excuse to eat waffles and spaghetti all day. You need to be active. This is an active person's diet. So if you're running 10 or more miles a day, spending hours in the pool or doing anything else that burns thousands, if not tens of thousands of calories a day, a high carb diet is for you. If this does not sound like you, a high carb diet is likely the opposite of what you should be considering.

You really need to look at what your personal fitness goals are. Do you want to lose weight, or do you want to put on muscle? if so, you'll want to consider a different diet. Additionally, if you are a diabetic, such a diet is not for you. Even if you're consuming complex carbs, you need to avoid this kind of diet as a diabetic.

If you do decide to pursue a high carb diet, make sure you understand the difference between complex carbs and simple carbs. You also need to understand you likely can't consume fruit as fruit is packed with simple carbs (due to their natural sugar). It's not to say you can't eat fruit at all, but these kinds of foods are high in simple carbs. Whatever you do, just be mindful of your current fitness and health levels while understanding what your final fitness goals are.

There is a high carb diet, but it is designed specifically for performance athletes and those who are always training for endurance activities. This is not a diet for average individuals as it will cause you to put on weight---both from calories you're not burning and from the water you retain. By keeping all of this in mind, you should be able to identify the right diet for your personal needs (while deciding whether a high carb diet is right for you).

As an Amazon Associate, this site earns from qualifying purchases. We may also earn small commissions on purchases from other retail websites. 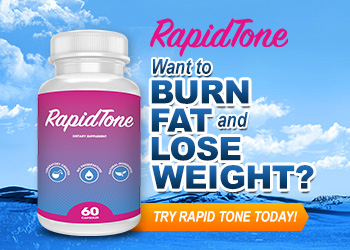